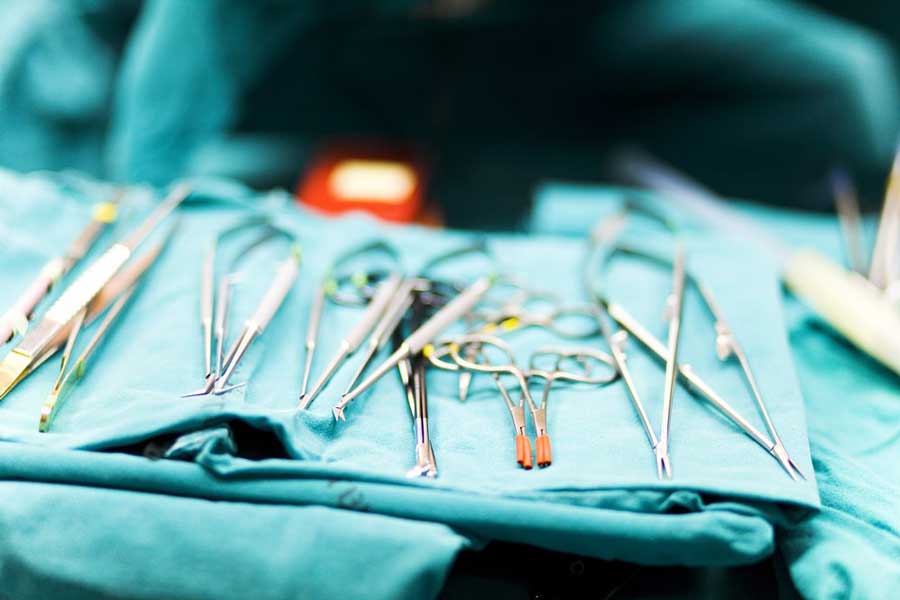 In 2012 our client was undertaking some household chores when she fell from a ladder which was approximately 9 feet high. She landed on her left side and caught her left shoulder on the corner of a door frame as she fell.  As well as injuries to the shoulder she also sustained injuries to her left heel and her head.

She was taken to the Royal Devon & Exeter Hospital by ambulance and was sent for cervical spine imaging to rule out any spinal injury.  She was advised that she had fractured her left calcaneal and left humerus.

Arrangements were made for her to undergo physiotherapy. The physiotherapist noted that she had a very week rotator cuff. Nevertheless she continued to attend physiotherapy sessions without obtaining any improvement to her left shoulder. The physiotherapist eventually wrote to our client’s GP advising that whilst her pain has improved, “her active range of movement remains severely limited and is not really progressing and I wonder if she has some rotator cuff muscle damage.”

Our client was seen in the fracture clinic and the consultant orthopaedic surgeon noted, “she has got  no strength in her shoulder…actively she has got abduction only to 40 degrees passively this can go up to 120…she does have some strength of infraspinatus but subscapularis and supraspinatus are very weak…I have suggested we arrange an MRI.”

The scan results showed that the rotator cuff had indeed been damaged. The client’s treatment was complicated by heart problems she had been suffering from since the previous year and she had to undergo an angiogram which confirmed mitral valve regurgitation. She was advised that she would require an operation, though no date for this surgery was given. Unfortunately, despite the injury to the rotator cuff requiring surgery, the orthopaedic surgeon failed to discuss the case with her cardiologist to see whether or not she was able to undergo surgery.

When our client returned to see her orthopaedic surgeon following her mitral valve replacement surgery she was informed of the surgical options to repair her rotator cuff injury. Unfortunately due to the delay in diagnosing the rotator cuff tear and the failure to discuss the surgical position with her cardiologists, she was informed that the likelihood of the rotator cuff tear being successfully repaired was now slim. She therefore decided against surgery at that time.

She was understandably upset that these delays had seemingly resulted in her condition being made worse. She therefore decided to take legal advice.

She initially instructed solicitors appointed through her legal expenses insurance. However, they decided that her proposed medical negligence claim was without good prospects of success and they advised her not to proceed.

Many people might have left matters there, but fortunately our client was more tenacious. She decided to seek a second opinion and consulted the specialist medical negligence team at Slee Blackwell Solicitors.

We took the view that the previous solicitor’s assessment was unduly negative and felt that the circumstances did point to a breach of duty by the Royal Devon and Exeter Hospital. We therefore agreed to take the case on, offering to fund the claim on a no win, no fee basis.

We set about establishing a strong legal case. We obtained supportive expert evidence from an orthopaedic surgeon, an anaesthetist and a cardiologist. Expert evidence plays a crucial role in any successful medical negligence claim and without supporting experts such claims rarely succeed.

Although the expert evidence confirmed that the Royal Devon and Exeter Hospital had been negligent, the NHS Litigation Authority nevertheless continued to defend the claim. However, our belief in the merits of the case was not diminished and we therefore issued court proceedings.

By commencing court proceedings the defendants were able to see that our client and ourselves were serious about pursuing the matter and would not be dissuaded from continuing. Following a period of hard fought negotiations a very satisfactory out of court compensation settlement was eventually achieved.