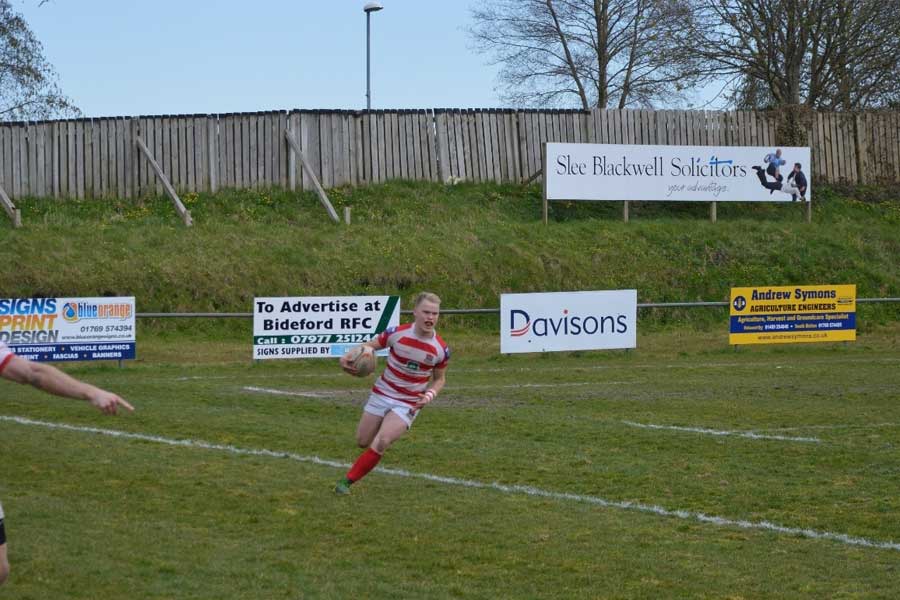 Following on from the previous article detailing Slee Blackwell’s newly formed allegiance with Bideford Rugby Club, it was promised that a report on the Grand Opening Day of the new changing rooms would be forthcoming – with pictures! The day itself was a resounding success with several hundred supporters turning out to cheer on the players and show their appreciation for all the effort that has been put in to the club’s development project.

The juniors played a demonstration game to kick off the entertainment followed by the Chiefs v a President’s XV which sported no less than 14 ex-club captains! The refreshments flowed steadily throughout the day with a wonderful hog roast and BBQ taking things through to the evening.

Slee Blackwell’s new advertising boards took pride of place at the far side of the field opposite the club house in full view for all to see and the staff who attended enjoyed a fantastic day to mark the start of the new season and a new partnership!

Slee Blackwell are a Legal 500 recommended firm for 2021

Slee Blackwell rated among the best solicitors in the UK

Next post What is a Lasting Power of Attorney?

What is a Lasting Power of Attorney?